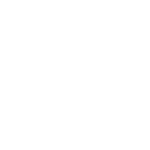 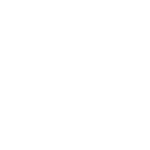 Why claims handling should be central to what a broker does!

More than any other factor, insurance policies are in force to pay legitimate claims. That is the whole premise of the industry and its history. Risk is a very real part of the world and insuring against losses arising from insurable events is ultimately what we are here for.

Customers don’t willingly part with their premium without expecting something in return and that something is that in the event of a claim for the loss of their property, or to protect them from claims made against them in (such as car insurance third parties) they have a policy in force which will protect them. That’s the basis of the contract between two parties.

So a few things then arise from this. As a customer you should expect that your claim will be handled diligently, sympathetically and in a timely manner. And there is a bit of a risk here depending on the provider you choose. Some companies focus totally on sales and customer service on the broking/underwriting front end and yet do not prioritise customer service for those making claims.

There are a few reasons for this:

Traditionally claims and underwriting departments are rivals. Speaking honestly, there is a long history of rivalry between the two in many companies. The claims handlers quite naturally blame the underwriters for putting on bad risks that led to claims and for making their jobs harder as a result of the underwriting practices. Reversely, underwriters can then moan at a claims departments for delaying claims or investigating them which upset policyholders and customers so that it makes their sales jobs and renewal of contracts that much harder. It is fair to say that even the very largest insurers have some disconnect between claims and underwriting departments since invariably they are not even located in the same building, interaction between the teams is never as good as everyone would like it to be and historically they have sometimes used different operating software which decreases visibility far underwriters looking into claims and vice versa.

With the rise of the larger brokers, there has not been a commensurate investment in their claims departments to go alongside this. Take for instance a client we visited recently who has switch providers to us, the broker done an otherwise excellent job in servicing his client and getting in the right policy, however, what let the proposition down over the years was the lack of claims interaction. Stupid questions from the claims department rehashing the same information and frustrating the policyholder who was parting with very significant premiums each year and yet was at the mercy of the most junior claims handler from one of the larger insurers since they didn’t think his account merited its own dedicated handler. The problem with this was that also the broker, despite working for one of the largest outfits in the country did not have the relationship with the claims department or any individual point of contact within the claims department and therefore was also at the mercy of whoever happened to pick up the phone that day. This increased tension and friction since there is arguably then a lack of ownership of claims since they are treated as process driven task lists which any handler can called upon to answer as and when there is action required. This lack of ownership also then causes a lack of familiarity with both the client, the nature of the claims and therefore increases tension between client/broker and claims department.

Where binding and delegated authorities have been granted so that the broker can assist with the underwriting/broking process at the outset this is very rarely then followed up with a claims agreement since this is not usually seen as an area of broker expertise. Brokers have increasingly divested themselves of their claims departments in order to save costs and maximise revenues, forgetting that claims are equally as much a part of the client proposition as the sales/ongoing customer services. It’s a bit like building a stall which requires three legs and having two excellent and sturdy legs in situ but not having the third. It makes the proposition ultimately unviable. It is also dangerous not to invest in this capability, especially in certain specialist lines as motor trade insurance, where specialities required in the handling of these claims and to ensure that the risk is adequately reflected in the claims handling services we provide.

And this really is where it is quite frustrating to see that the industry is moving increasingly towards commoditisation of products and a homogenised service which means that everyone is filtered through the same claims processes regardless of size/and bespoke requirements. So in the instance I provided above, the larger client who should really expect a dedicated service does not receive this since he is at the behest of the processes and workflows of the larger insurance company, which cannot be tailored to individual circumstances. This one size fits all approach is inappropriate for certain clients who expect their broker or client representative to understand all parts of the insurance process that they after all have sold them.

There is a genuine lack of training on the modern claims environment for broking and underwriting staff. This is a criticism of all organisations. Financial services on the whole have strict requirements by regulation and law for the training of their staff. However, in making them subject matter experts on underwriting, there is an argument for a more qualitative broader spectrum of training so that they understand all facets of how the insurance policy works quite literally from cradle to grave, which translates as from taking out the policy to the final payment of the claim. As an industry this is something that we have to take on board if we are going to increase the quality of the service provision to customers.

It is also interesting to note that a lot of underwriting and broking staff never spend a day in claims in the whole of their careers. This is also the case for claims staff who tend to specialise in their area, which is a good thing in many respects but this lack of cross pollination between the disciplines increasingly drives the silo driven nature of how the departments operate in most insurance entities.

For our own part, we are keen to assign ownership of claims relationships and actively encourage participation of claims staff in client meetings. It has been known for claims to totally dominate underwriting and renewal discussions so that the underwriters sit there quite silent as the negotiations tend to focus on either individual large losses or the general trends in claims performance. Claims staff will tell you that it’s a rare instance of putting a flash underwriter in their place, since those technical arguments are out of their hands.

We also invest heavily in claims training and technology and have by way of percentage splits, have one of the largest claims departments as a share of the total staff of any broker in the country. Our 60 claims staff represent a significant investment in our capability and one of the primary reasons that we are able to offer such comprehensive, all-encompassing service to our various customers. We view the claims process is an intrinsic part to the buying and performance of insurance and are not content to merely underwrite or broke a policy and then have no interest in making sure the customer has their claim settled at the end. This is especially important in certain areas such as motor trade insurance and taxi insurance, whereby there are very specific requirements that general motor insurance claims departments can easily overlook.

We are also delighted that for a second year in a row we have been recognised at the insurance excellence awards and are in the finalists for “claims team of the year” which is an industrywide recognition of claims excellence in performance. We are up against some of the largest insurance companies in the UK and are amongst the final five finalists and so eagerly await the award ceremony later this year. It is a testament and reflection of how critically we view claims how important we view it as part of our overall insurance offering.

If you have any questions or queries about claims handling we are always happy to assist or provide further information and would be very happy to talk you through some of the options available in conjunction with your wider insurance needs. We have a broad array of special relationships, not least for motor trade insurance, taxi insurance and family fleet and commercial vehicle contracts.

View All News and Views

Deciding whether to go to university or…

I am currently in the first year…

Is it worth obtaining an alternative Commercial Insurance…

You may just be surprised what you…

If you are a high…